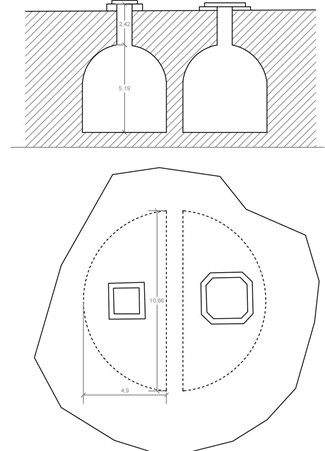 Several actions have been planned in the area of the Montjuic Castle in Girona for its adaptation as an area for public events related to the City.

Montjuic Castle is a walled area where within this enclosure below the surface there are two cisterns that could date back to the 17th century, intended to store water.

The project contemplates placing a concrete slab over the tank area as a scenic space, so it requires carrying out a load test on this point to experimentally determine the response of the cistenrns to an increase of the load.

As a complement to the experimental results obtained in the load test, a numerical model is carried out, which once adjusted will allow simulating any intervention planned to the current project as in future interventions.

Another sensitive point is the entrance door to the enclosure, the voussoirs that make up the lintel show geometry losses and misalignments both in the vertical and horizontal planes, therefore, the degree of security of this element must be analyzed.

The purpose of carrying out the load test on the cisterns area is to reproduce the static load state in which this point can be found, in order to obtain experimental data on its safety and behavior of the tank turns. 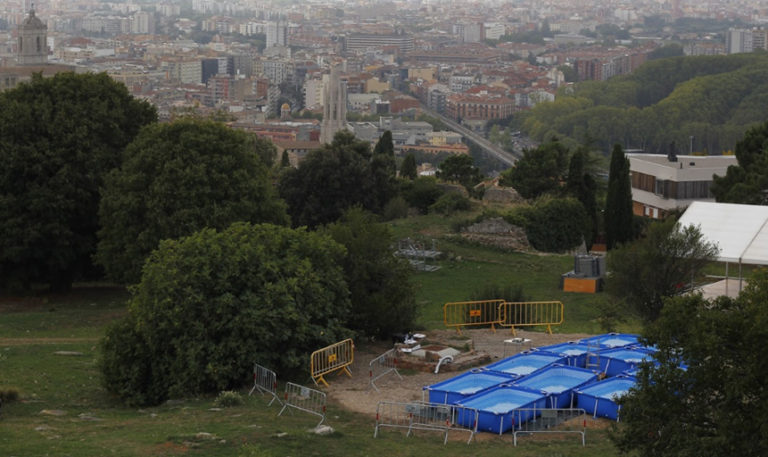 For the acquisition of data, linear displacement sensors were used to check the vertical and horizontal displacement inside the tank, produced by the implementation of the load on the surface. 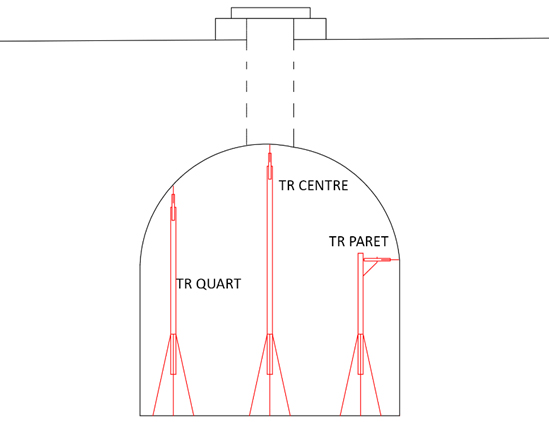 In order to complement the experimental study carried out, it is numerically modeled using the finite element method.

Images generated during the “Historic Building Analysis and Rehabilitation” course at the University of Girona.

The objective of this structural analysis is to determine the behavior of the lintel at the entrance to the Castle compound, to assess the stability of the complex.